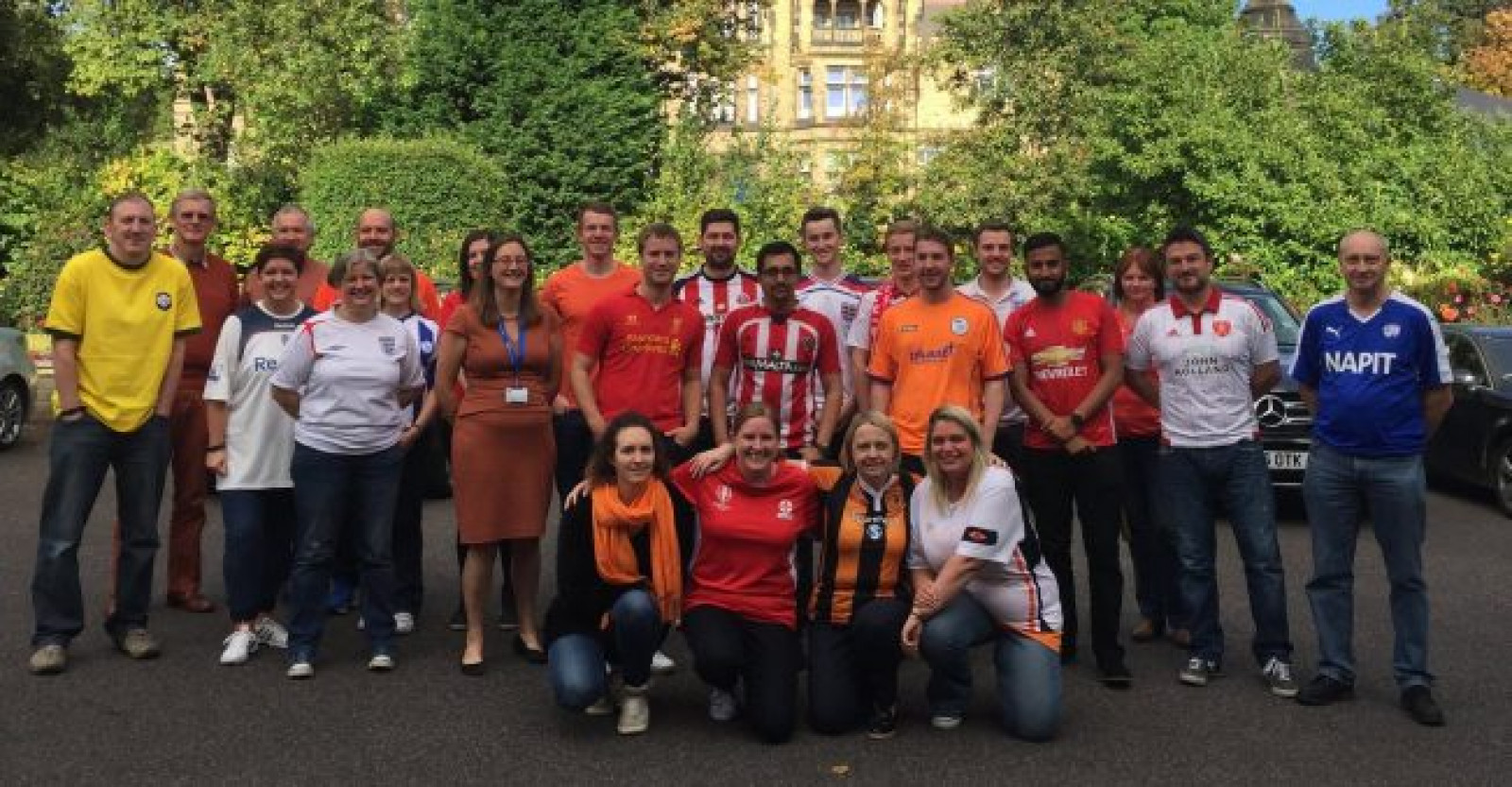 Yorkshire’s largest independent firm of chartered accountants, BHP has raised £27,000 for just over 50 charities in only one year.

Thanks to the efforts of the firm’s staff, who are based across offices in Sheffield, Cleckheaton, Leeds, Chesterfield, and York, several national and smaller local charitable causes will benefit from the donations.

In order to raise the money, the BHP team took part in dress down days, ran a tuck shop, organised raffles and a salsa night as well as taking part in various sponsored sporting events.

BHP also supported staff who have taken part in their own individual fund-raising events by paying their entry fees into the Sheffield and Robin Hood half marathons, the Road to Freedom cycle ride, the endurance-testing Pretty Mudder 10K obstacle course and a gruelling white collar boxing event.

The firm has sponsored several specific causes that staff are personally connected with, including Ashgate Hospice, Fairplay, which supports children and young people with disabilities and additional needs across North Derbyshire , Sight Support in Derbyshire, Whirlow Hall Farm, which gives educational visits to children, St Lukes Hospice in Sheffield, Hollybank Trust in Mirfield, which is a school for children with complex needs and the South Yorkshire Community Foundation which helps people facing hardships.

Jane Marshall, Partner and Head of Charities at BHP says: “I am very proud of everyone at BHP who have worked together to raise a substantial amount of money that will make a real difference to the numerous charities we are involved with.

“Our support of the annual Mistress Cutler Challenge in Sheffield meant that we were able to contribute towards helping mistress cutler, Dr Julie Edwards, to raise her target of £200,000 for The Children’s Hospital Charity and Cavendish Cancer Care Charity.

“Another charity which is very close to our hearts that we have raised money for, is the Daniel Wilkinson Foundation Through our dinner dance raffle we made over £4,000 for the Foundation which was set up in memory of Daniel, who had just started out on his accounting career with us. Daniel collapsed due to an underlying heart condition known as Arrhythmogenic Right Ventricular Cardiomyopathy (ARVC) whilst playing football. The money donated will be used to raise awareness of ARVC, which can lead to Sudden Cardiac Death (SCD) by funding heart screening, defibrillators and CPR/defibrillator training, primarily for grass-roots sporting teams.”